ADANA province​
ADANA​
ADANA'S HISTORY​
Antiquity of Adana, Tarsus, descending on the way to the throat of Gulek passing through Anatolia, a mansion was the place.Hittite tablets in the Hittite period around the city and is understood to be dominated by the Kingdom of Kizzuvatna.The region is also BC 16. Federation of the Hittite century, after the fall of the Hittite Empire was founded in Çukurova Kue Kingdom. BC 9. Towards the end of century, Assyria, BC 6.century Persia, BC In 333 came under the dominance of Alexander the Great. Alexander's death (Mo. 323), then connected to the Seleucids. BC Than 66 were captured by the Roman consul Pompeius. Roman and Byzantine periods, an important trade center because of the convenient location 704'de from the state was annexed by the Umayyad caliph Abd.​
​ 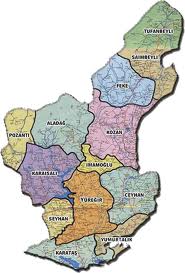 ​
​
Ancient castle of the old Abbasid caliph Harun Rashid (London stronghold), re-built. IX. century an important cultural and trade center in Adana Çukurova. At the same century, a Turkish commander in the region by Secretary directed semi-independent. Regional Tolunoğulları'nın then passed into the hands of Egypt.​
​ 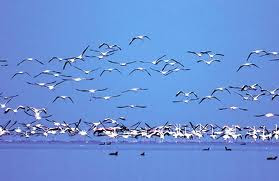 ​
Byzantines, Abbasid taking advantage of the weak fall 10century, they added the territory of the city again. Alparslan Malazgirt victory (1071) years following the City, came under the dominance of the Seljuks (1083-1097). During this period, many Turkish tribes settled in Çukurova from the East. Adana sovereignty of the Seljuks by the campaign of 1097 ended the Crusader. 14. The Çukurova in the first half century, many Turkmen tribes were placed into the hands of Memluklular'ın.Depending on the region 1352'de Memluklullara Yüregiroğlu Mr. Ramazan Turkmen rulers took over. The name of the principality Adana'ydı Ramazanoğulları. Ramazanoğulları'nın administration has expanded the city, mosques, palaces, public buildings were decorated. Yavuz Sultan Selim's Egyptian expedition (1517) until 1608, while still in the Ottoman Empire Adana Ramazanoğulları yönetti.1672 in London who provides detailed information about city of Evliya Celebi.Adana, 19 mid-century uprising against the Ottoman Empire conquered by the governor of Egypt Mohamed Ali Pasha, the Egyptian Army geçiridi and was used as headquarters.London Treaty (1840) verildi.1867 back to the Ottomans in the administrative regulation was the province. Mersin-Adana Railway, opened in 1886, cotton farming and the revival of the city's economy, led to an increase in the population. 1909 Armenian revolt was suppressed attempts. During the First World War (1914-1918) and the Baghdad railway tunnels Gavurdağı Taurus and is connected to the city of Istanbul and Syria. 24 December 1918, French troops after the First World War, the Armenian gangs collaborative occupied Adana.Turkish paramilitary forces to resist the violence, the occupation has caused significant loss uğramalarına.​
​ 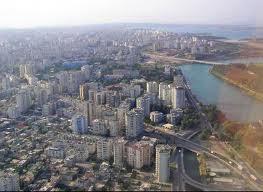 ​
October 20, 1921 in accordance with the provisions of the Ankara Agreement, signed 5 January 1922, the French occupation forces withdrew from the city. This date is still celebrated as Independence Day in Adana.ADANA'S GEOGRAPHYWhere the town of Adana Çukurova Delta, the highest peak of the Taurus Mountains in the north extends from the Mediterranean coast. The earth consists of two parts of different shapes in terms. In the south, the provincial area covering approximately 27% of the low, hot and fertile plains spread. Some of these, Seyhan, Ceyhan and Tarsus rivers of silt for centuries, driven by the Çukurova Delta (Adana Plain, also known as) and the Ceyhan river, started with a sore left the Ceyhan Plain of Adana Plain. Of the province north of the hills, plateaus and mountains covered in large part due to a very hilly region in the Taurus system. Covering approximately 73% of the territory west of the provincial Karanfildağı of this section (3,059 m), Beauties Peak (3461 m) and a little bit outside the city limits Demirkazik Peak (3,756 m), such as the Central Taurus mountains, known as Aladaglar, continuous snow in places and small include the highest peaks of the glaciers shown. The eastern mountains, the name of the Eastern Taurus Mountains, the North-East direction and in parallel to each other in the 2500 - 3000 meters, lies in the rows beyond. The northern and southern parts of the province is located ​
​ 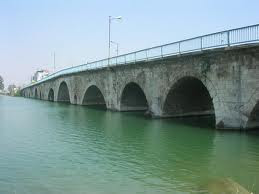 ​
between the separation patterns of climate, vegetation, nature of agricultural activity, population density, degree of urbanization, such as lead on many issues, farlılıklara. Effects of Mediterranean climate is dominant in winning a terrestrial nature away from the sea. Adana, the number of population, density, growth, urbanization and economic development in terms of speed of the leading illerdendir. Population density, close to twice the average in Turkey (95 persons / sq km). Approximately 66% of the population (1 / 3 from the center of most provinces), urban, 34% live in rural settlements. Some districts (Kadirli, Kozan, Ceyhan), a medium-sized city in terms of population numbers and functions niteliğindedir. Adana, Turkey, 3 in terms of population growth rate ranks (% per year and 0.36). the working population is over 40% of the general population.Agriculture, of which about 65%, 15% branches of processing industry works. Sometimes play an important role in Turkey's internal and external trade of agricultural products are grown largely in Adana. Approximately 36% of the provincial territory is divided into agriculture.​
​ 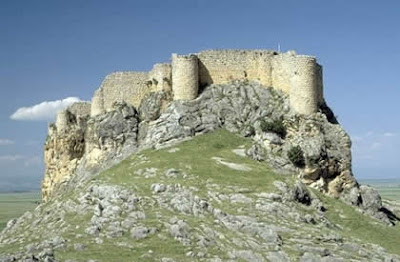 ​
Dumlu Kalesi​
Mechanization and irrigation in agriculture is very developed.Approximately 20% of the cultivated land area is agricultural.This, more than twice the average of Turkey. 19. ABD'indeki the second half of the century the long civil war, increasing foreign demand aksatmasıyla cotton production, was instrumental in the development of agriculture. As a result, a part of nomadic life were built on the plains in sheltered areas.Thus, most of the new settlement was established. Içel and the neighboring provinces of Hatay, Adana in the south of the plains in a coherent economic development process as illegal.1950, following years of roads, ports and irrigation facilities done, take precautions against taşkınlıklara, draining swamps, the establishment of new industrial areas as a result of increasing and diversifying the processing of agricultural products grown here come from other areas, the number of settlers increased. Adana Turkey illerdendir constantly or most of immigration. Each year tens of thousands of agricultural workers, especially during the cotton harvest, and many of them are temporarily settled in Adana. In recent years, because of the immigration intake even more terror is concentrated in the Southeast. Processing of agricultural products processing industry, especially after 1950 in Adana arms showed a big improvement. The major cotton ginning, cotton yarn, cotton textiles, food (flour and vegetable oil), soap, wood, cement industries. There are also many cities in the repair shop and foundry. About 7% of industrial workers in Adana in Turkey. Province, Central Anatolia, Syria and Mesopotamia, from the positi​
​
ESKİ ADANA EVLERİ​
on on the important ways. Taurus and Amanus exceeded by rail in the First World War. After 1950, Central Anatolia, Southeastern and Eastern Anatolia, which is the strategic importance of regular black yollarıyADANA'S POTENTIAL TOURISM-CULTUREAdana as every civilization has created a cultural mosaic by transferring its cultural varieties. The Hittites, Romans, Arabs, Seljuks, Ottamans, Turkmen tribes and nomadic culture of the region has contributed to diversification. The 19th and 20centuries, the intensification of agriculture and industrialization major breakthroughs in the plain Cukurova culture of the region has created major changes.​
Districts in history​
ALADAĞ: Akoren CastleMazılık and Castle RuinsPostyağbasan Castle3 units Church​
​
ESKİ ADANA​
CEYHAN: Kurtkulağı Caravanserai: 1711 were made.Yılankale: The Church and the cistern in the castle is also known as Castle Sahmeran.Ulu Mosque: It was in 1868.Vinegar Mound: Tepebag after the region's largest mound.Muradiye Mosque was built between the years 1912-1720.Durhasan Tomb: built between the years 1717-1720.Dumlu Castle: Assyria, Persia, the Roman ruins are found.FEKE: Feke Castle: supposed to be built by the Byzantines in the 12th century.KARAİSALI: Milva Castle: located near the village of Karakılıç.KARATAS: Burnt Church (Karakilise residue) were made by the Romans.Magarsus Ancient Church: the Roman period were made.Han Range Residue: built by the Ottomans in 1782.Date Han Leftovers: built by the Ottomans in 1608.Amphitheatre: from Roman ruins of the theater.​
​
SEVGİ ADRESİ​
KOZAN: Kozan Castle: It is made by the Assyrians.Castle parish: the medieval era were.Hoşkadem Mosque was built in 1448 by Egypt Kölemen Hoşkadem Sultan Abdullah.Pelesel ruins of the monastery: built by the Armenians.Anavarza Castle and the ruins: BC 9. century. Were made by the Assyrians. Two Roman aqueducts, theaters, palaces, temples, baths ruins, tombs, and cisterns are mezarlarkilise frenkslerle decorated.POZANTI: Red Bastion: built by the Egyptian Ibrahim Pasha.Ak Bastion: built by the Egyptian Ibrahim Pasha.Yakarpınar Bridge: The oldest bridge in the region.Anaşka Castle: Muslims and Arabs, "the Russian-Nuş-Sekaribu" also known as.Saimbeyli: Saimbeyli Castle: Medieval been built. "Black Church" is also called.​

ADANA MERKEZ CAMİ
SEYHAN: Tepebag Mound: the region's largest mound.Stone Bridge: yaptırılmıştır.Şehir merkezindedir.319 117-138 meters in length.Babies are the Church of Saint Paul's Catholic church. Were made in 1880-1890.Clock Tower: The tower was built in 1881.The bazaar: by Ramazanoğulları 16 century. also built.Ulu Mosque: It was built in 1541 by Ramazanoğulları.Oil Church: The church was converted into a mosque in 1501.Yeni Mosque: It was built in 1724.Kemeralti Mosque was built in 1599.Maple Masjid (Masjid Agca) was built in 1489.Bath Bazaar: was built in 1529.River Bath: It was built on an ancient Roman bath.Sent by the Han's Gate: London Arastası are side by side with.Today there are only a gate.Bahri Pasha Fountain: Built in 1890 and was rebuilt in 1993, the same as rebuilding activities in the fountain nedeniylekaldırılan.Ramazanoğlu Mansion and the Harem: was built in 1489.Hasanağa Mosque (Hasan Kethuda) was built in 1558.Tufanbeyli: Sar Ruins: In the center of the history of the Hittites.Amphitheatre: from Roman times.Ruins of the Church: Byzantine.Rock Reliefs: made by the Hittites.Ovarian: Castle of AyasSolomon's TowerPier MarkopoloYuregir (Misis, Mopsuhestia) first and an important center of settlement in the Middle Ages as a bridge Yuregir and the region, and the mound of ancient works, floor mosaics, and aqueducts, bathhouses and there.General Information 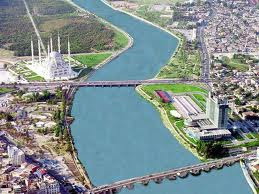 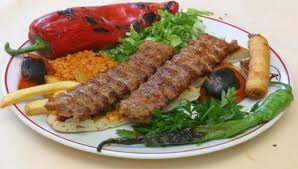 SEYHAN BARAJI
Adana, southern Turkey, Mediterranean Region, the Department of the Eastern Mediterranean in the 14,030 km ² and a population of 1,849,478 (SIS, 2000 census) is a province with. 1,130,710 population of Adana city stop. Adana province, with 13 administrative districts, 9 sub-districts and 547 villages composed. Provincial center of Adana and Cukurova Delta, which is Turkey's most important agricultural production areas and is mainly located in the agricultural production and agro-based industry development and intensive economy. The city of Adana, Seyhan and Ceyhan rivers formed by the Çukurova Delta in the north to the

ADANA TAŞ KÖPRÜ
mountains on a slight slope rising from the alluvial fill one of the terraces, about 40 km inland from the sea (and north) has been established. At an altitude of 23 m in the city center. Seyhan river, buried a few meters from the flat area of the city from north to south flows in a large bed. Arising from the lack of difference between the level of the flat river floods city was established, after the construction of the Seyhan Dam almost disappeared. The core of the city of Adana, Seyhan river back east, resting on a circular layout around the Tepebag yükseltisinin creates. 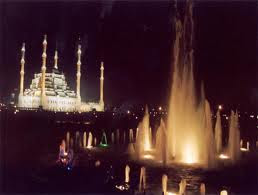 Roman Stone Bridge, connects the left bank Seyhan here.Long-time feature that protects middle-class provincial city, the population of 20-30 thousand overcome their London; 19 the second half of the century, began to evolve. This development has accelerated, especially after 1950, Adana, won today's big city property. In 1886, the city, connected by rail from the port of Mersin. 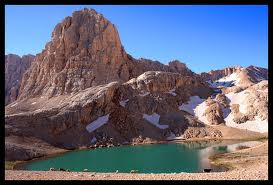 Adana Hijaz railway reached beyond the Taurus Mountains in the First World War. As a result of these developments, the city, particularly after 1950 around the nucleus than the former North-West, including the station and quickly spread to the west, the core section, some arrangements have been made. Planned new neighborhoods established, wide streets and parks were opened. During the growth of these developments on the left side of Seyhan overflowed. Settlements in the urbanization process in