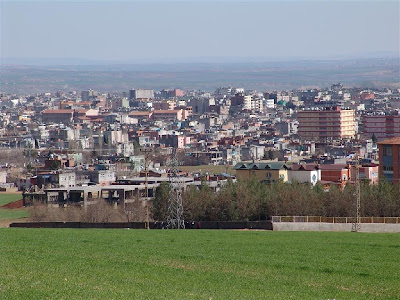 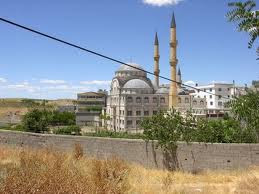 Adiyaman Province, part of the Middle Euphrates in Turkey is located at the west end of Güneydoğuanadolu. Adiyaman province on the southeast extension of the Taurus in the northern province of Malatya (Pütürge, Smalls and Doğanşehir district), 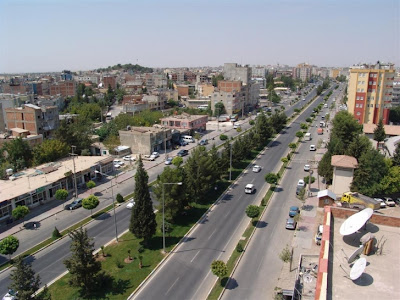 in the province of Kahramanmaras in the West (Central and Pazardzhik district), south-west of Gaziantep (district of your car), in southeastern Sanliurfa province 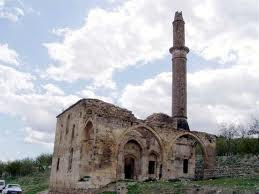 Adıyaman (the ancient Perre or Pordonnium) is a city in southeastern Turkey, capital of the Adıyaman Province. It is one of the fastest-growing cities in Turkey. The population rose from 100,045 (1990) to 178,538 (2000) (census figures).
Etymology
The city had the Arabic name 'Hisnimansur' officially until the year 1926, but as this name was difficult for Turks to pronounce, the people were referring the city as 'adi yaman' which means 'tough name' or '(the place) with the tough name' in Turkish. In 1926, this term was adopted as the official name of the city.
History
The area has been inhabited as far back as it's possible to discover. Research in the cave of Palanlı 10km north of Adıyaman show occupation in 40,000 BC and other digs in Samsat reveal continuous occupation through the stone and Bronze Ages.

From 900BC onwards came waves of invasions from Assyrians, Persians, and Macedonians until the Commagene kingdom was founded in 69BC. This was the civilisation that built the statues on top of nearby Mount Nemrut. The capital was in Samsat (Samosata) but the town of Adıyaman was a walled city of the Commagenes. The city walls of Adıyaman have been restored and replaced many times since.

Adıyaman today
The city of Adıyaman provides shops and infrastructure to an agricultural region watered by the River Euphrates. It is not an industrial city, people riding mules and donkeys are still a common sight. The ******* reservoir is near the city and with more investment the irrigation this could become a richer agricultural zone. The people are religious and conservative; it is hard to find a beer in Adıyaman, or other social amenities like cafes, cinemas, and theatre. The cuisine is typical of south-east Turkey, including dishes like çiğ köfte and Maraş-style ice-cream.

The Türkmen identity persisted into the 20th century although today Adıyaman is inhabited by a cosmopolitan mixture of people from other parts of Turkey. There is a small town feel to the place far warmer than the rambling mess that has become of bigger cities like nearby Urfa.

The folk dances of Adıyaman are well-known, (see for illustrations of the traditional costume).

The Commagene kingdom lasted until the Romans came in 72AD. Yet more campaigns and invasions followed and Adıyaman was controlled by Byzantines 395-670, Ummayads from 670 and then Abbasids 758-926. Then the area returned to Byzantine control during the period of the Crusades 859-1114. The Arabs returned from 1114 to 1204 and finally came the arrival of the Turks. The Arabic name for the castle and town was Hısn-ı Mansur.

Turks moved into the area from 1114 onwards and for most of the 1200s was settled by the Selçuk Turks often disrupted by Mongol invasions. From 1298 to 1516 the town was under the control of the Mameluks. Adıyaman was brought into the Ottoman Empire by Selim i in 1516, but local power often rested with the Dulkadiroğulları tribe of Türkmen people that settled here

There are 406 villages in 9 districts including the Central district. Central districts, Besni, Çelikhan, Gerger, Golbasi, Kahta, Samsat,
Sincik and the administrative districts of Tut. Province of Adiyaman, 370 25 'and 380 11' north latitude, east longitude, is located between 370 and 390. Adiyaman province in the area of ​​7,614 km2, 7,871 km2 of lakes and 669 m. altitude.Source: Education and Training 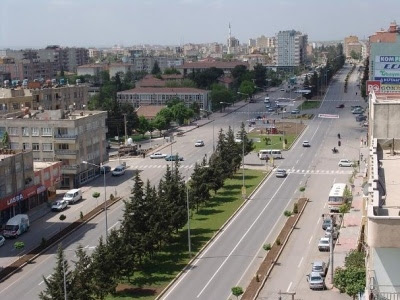 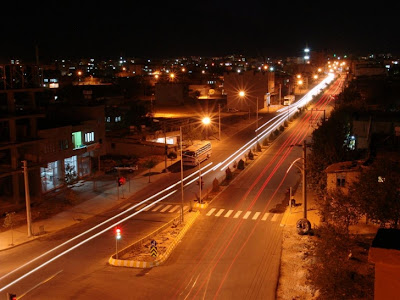 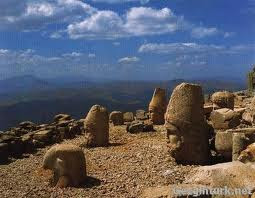 Adiyaman, Central:You're at a central location in the province took place. Çelikhan north of the town and the town of Malatya province Doğanşehir Kahta east of town, district and the Atatürk Dam Lake and the south east of the Euphrates River Samsat, 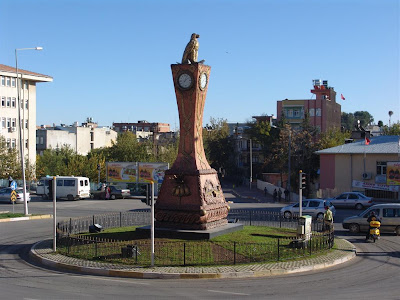 and west of the town of Urfa province Bozova County is located in the hold with Besni County.1702 km surface area, height of 669 meters. 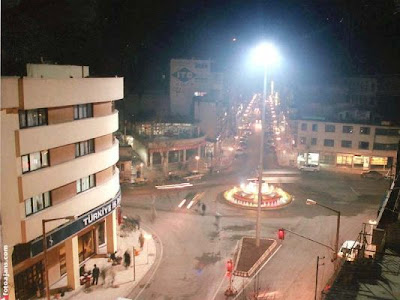 Adiyaman Province, previously only castles (Hısn-Hallaj Castle), while, particularly around the provincial center that has developed rapidly since 1954.​ 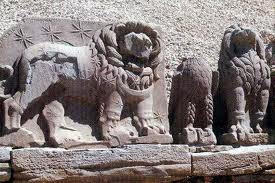 Center of town, east - west direction by drawing a line drawn approximately divided by county. This line mountainous north, south plains. Plains, south to the Euphrates River, and will continue until the Ataturk Dam lake. A few kilometers north of the city rising from the mountainous areas to the north begins. This is a part of the Southeast Taurus mountains east - west axis stretches. Face north of the mountainous areas account for more than a third of the measurement of plateau climate Prevails. 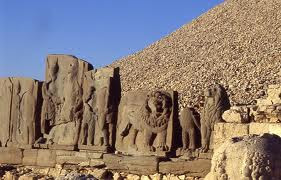 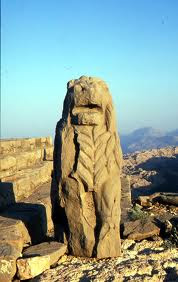 - Geography Adiyaman 'in the northern part is surrounded by the Taurus mountains in Malatya.Çelikhan, Gerger and Hold the districts most mountainous land.The major mountains of the province; Akdag, Dibek, Ulubaba, We saw, in Nimrod, Bozdag and Montenegro. Toward south, the plains begin to land quality. Kahta, Samsat, Keysun Pinarbasi plains and plains of the province.

Vegetation Eastern and Southeastern Anatolia Region Adiyaman Province is a city that acts as a bridge between. The properties of the Mediterranean region is even partially. Therefore, the vegetation is of the three characteristics of the region. High-altitude places, but Usually covered with oak trees, water and soil erosion have become because of the bare land-are also available. Go through a long and dry summer season, so there is very little vegetation in the forest. Areas of uncultivated grassland, pasture, covered with wild trees and makilerle. Reeds, water-loving plant species found in swampy areas. The higher the altitude, the types of trees can be found in some regions Varies Meşelik olmaktadır.Doğan, Falcons, owls, partridges and rabbits as well as the wild bird species, Foxes, Jackals and wild animals such as the fields have to live within the boundaries of the province of Adiyaman. 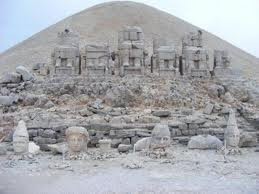 Euphrates River: The most important river-stop. Sanliurfa and Diyarbakir Provinces and forms the boundary. Length of 180 km in the province. dir. Kâhta, Kalburcu and the main river Göksu kollandır Teas. 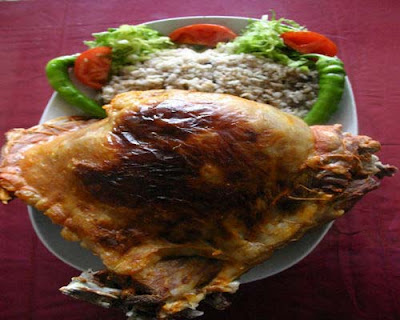 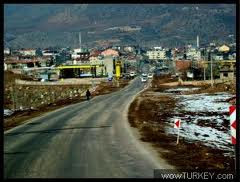 Göksu River: borders is the province of Kahramanmaras. Erkenek, passes through the vicinity of Tut.ve Akdere. West of the Euphrates River, mixed with water after Gümüşkaya'nın Sofraz. II is limited to 90 km in length. Is. 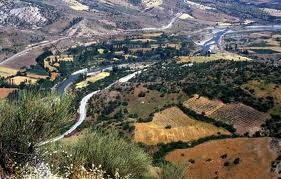 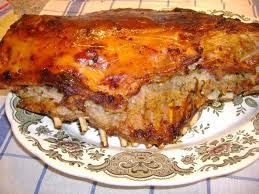 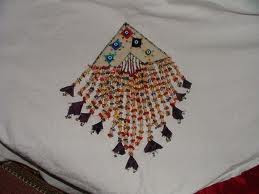 - Lakes - PondsIn the province of four natural and one artificial lake there are five pieces. These Golbasi, cows, and Abdulharap ordeal with natural lakes and man-made lake of Ataturk Dam.Golbasi Lake: 2.19 km2 in surface area of ​​this lake, located within the Municipal district boundaries Golbasi. Tourist facilities around the lake, fish are also produced.Lake cows: 1:09 km2 Area. During periods of rainfall, more Golbasi and natural lakes and the ordeal as a drop-down channels are connected to each other.Lake ordeal: the area of ​​the lake to the west of the county is 2.72 km2. Often due to the increase in the winter waters of Lake Golbasi will supply a unified appearance.Abdülharap Lake: 3 km from the town of Celikhan. Located in the north area of ​​the lake is 5 km 2. The surface of this lake is densely covered with reeds and grasses.Cat in the completion of the dam, the dam will remain in the lake area. 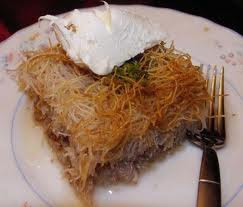 Ataturk Dam Lake in South Eastern Anatolia Project (GAP), consisting of introducing a wide range of lakes and covers an area of ​​the Provinces of Adiyaman and Sanliurfa. The region is extremely important in terms of supply of irrigation water in a lake and fish production. Reservoir area 81.700 hectares.
Çamgazi Dam Lake: The Ataturk Dam is on the way due to the central district of Adiyaman. Zoned earth-fill type dam is built for irrigation purposes is made in the body. Irrigation area of ​​6536 hectares. 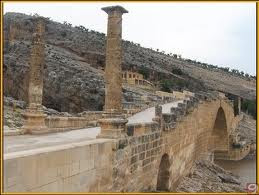 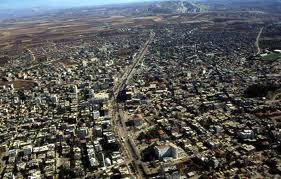 Ponds: pond construction in terms of adequate water has the potential of the province of Adiyaman. For this reason, the Majority of the existing ponds, as well as a very small lake in the framework of the GAP Project is under construction. Some ponds in the planning stage. These Summaries are given in the table below. 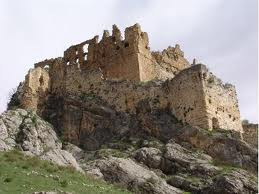 - MountainsThe northern section, which is an extension of the Taurus Mountains covered with Malatya. Toward south elevation of the plain is reduced, and the fully qualified land begins. Çelikhan, Hold, and almost all the districts of the mountainous region has the distinction of Gerger.
Central, northern and mountainous districts of Kahta and southern sections of the form of plain Besni. The flat lands of the province's district Samsat own. 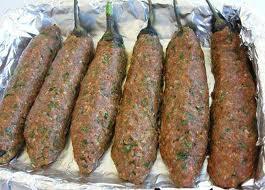 ClimateAdiyaman Anti-Taurus Mountains to the north of east to west, dividing the mountainous region south of the area's climate and climate are different. Çelikhan in the north part of town with the East Anatolian Region climate characteristics are Gerger. Part of the town in the west of the Mediterranean region has the climate of Golbasi with Besni. The south, summers are hot and dry, winters are mild and rainy, dry summers and cool in the north, winters rainy and cold. 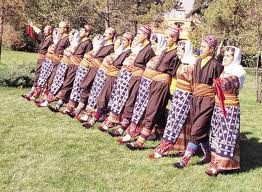 Eastern Anatolia and the Mediterranean regions of the province, which is the bridge between the climate, so this feature is different from other cities in the region.After the constitution of Ataturk Dam Lake area, the climate of the province has been a softening and an increase in humidity. Winds in the province in the northern, northeastern and Northwestern direction i.
Cevap yazmak için giriş yap yada kayıt ol.
Paylaş:
Facebook Twitter Reddit Pinterest Tumblr WhatsApp E-posta Link
Üst Alt